There’s been a revolution against the British curry houses where Indian cuisine’s tamed down to a heavy, bland, generic stew. After the success of Dishoom a whole wave of trendy Indian restaurants opened their doors in London. Small sharing plates, decor honoring the tradition of Bombay coffee houses, and food that lights up fireworks.

Tandoor Chop House is one of such places. It claims to be North Indian cafe meets Western chop house. I went in the evening, where it’s dimly lit and filled with smoke from the tandoor, creating a wonderfully inviting atmosphere.

Onto the food:  the onion bhaji to start triumph over all the bar snacks I’ve had. I want it as a side to every burger I have henceforth, why don’t more places serve this? Spiced crispy little rings paired with a garlic chutney that oddly doesn’t taste very appealing on its own but nicely soothes the heat of the main act.

The other highlight was the tandoor paneer. Generous blocks of cheese come charred, meltingly soft, perked up by a fresh green chutney. I wish I had ordered a plate of it to myself.

Then there was a plain naan which was perfectly nice and fluffy but nothing to boast about. They have a bone marrow version which rumors has it is as decadent and luscious as one might expect.

The black daal was a bit of a disappointment. It lacked any depth of flavor and was overloaded with cream or whatever it was that made it inedible on its own because it was so heavy. It was fine with naan but not something I’d order again. 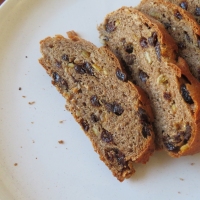